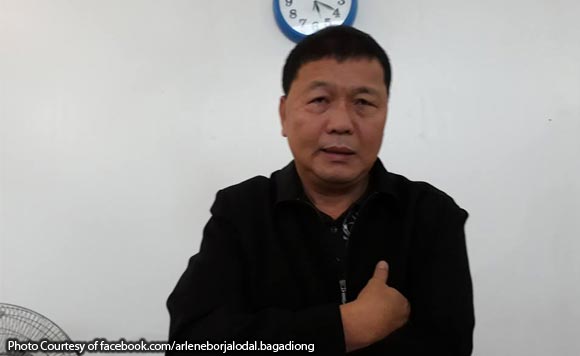 0 545
Share
Want more POLITIKO News? Get the latest newsfeed here. We publish dozens and dozens of politics-only news stories every hour. Click here to get to know more about your politiko - from trivial to crucial. it's our commitment to tell their stories. We follow your favorite POLITIKO like they are rockstars. If you are the politiko, always remember, your side is always our story. Read more. Find out more. Get the latest news here before it spreads on social media. Follow and bookmark this link. https://goo.gl/SvY8Kr

At least eight of Catanduanes’ 11 municipalities were declared under a state of calamity by the Sangguniang Panlalawigan (SP) on Friday due to the damage brought about by the heavy rains spawned by Tropical Depression Agaton last week.

Under a state of calamity are Caramoran, Bato, San Miguel, Baras, Gigmoto, Viga, Payo, and Bagamanoc.

Governor Joseph Cua expressed his appreciation for the immediate response of the SP to the recommendation of the Provincial Disaster Risk Reduction and Management Council.

Although, no immediate damage cost was released, majority of the residents in these municipalities earned their living through abaca stripping, farming and fishing, sectors that were devastated by “Agaton’s” downpour and flooding.

Provincial Board Member Arnel Turado said on Saturday that only eight municipalities were named since “it is their duty to scrutinize the basic requirements in declaring the province under the state of calamity as required by the rules”.

“We need documents to support such declaration and for the reports from each Municipal Disaster Risk Reduction and Management Council for the assessment,” Turado added.

Landslides hit at least five major road networks in the towns of Viga, Barangay Giamlong in Caramoran, and the Baras-Gigmoto-Viga Road in Barangays Dororan and Biong in Gigmoto town during the onslaught of “Agaton” in Catanduanes. (Ferdinand Brizo/PNA)