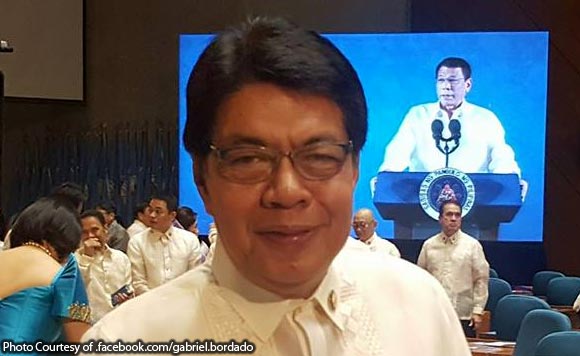 0 715
Share
Want more POLITIKO News? Get the latest newsfeed here. We publish dozens and dozens of politics-only news stories every hour. Click here to get to know more about your politiko - from trivial to crucial. it's our commitment to tell their stories. We follow your favorite POLITIKO like they are rockstars. If you are the politiko, always remember, your side is always our story. Read more. Find out more. Get the latest news here before it spreads on social media. Follow and bookmark this link. https://goo.gl/SvY8Kr

While several politicos took a break from work this past holiday season, Camarines Sur Rep. Gabriel Bordado instead visited the most remote barangay in his district.

The baragay is located at the foot of Mt. Isarog. The solon met with the residents, mostly indigenous peoples, to hear their stories and feedbacks.

Aside for a mini consultation, the congressman also broughy media noche food packs for the residents.

“There, he interacted with the residents (who are mostly Indigenous People), listening to their feedbacks and giving them food packs for their Media Noche,” the office said.

For the Rep. Bordado, a first term congressman, the 2017 is a meaningful and prosperous year.