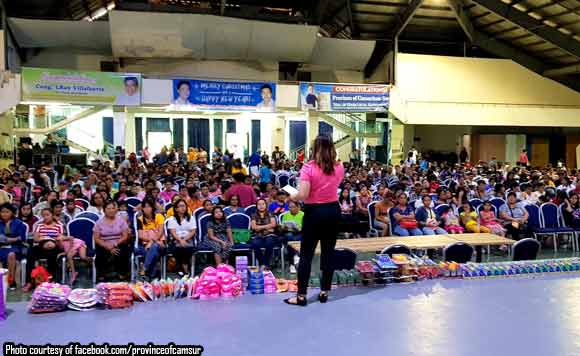 Overseas Filipino Workers are considered the modern day heroes for boosting our economy through the remittances they send to their love ones here in the country, that is why the Camarines Sur provincial government made sure that the migrants workers have a day they can call their own just to be pampered.

The tribute was not just for the OFWs but for their children and families as well as gifts were given to the latter.

“Over 100 toys were given to the kids of our OFWs. Attendees also received food packs during the said family day,” the province said.

The event, according to the province, has been filled with fun and excitement as surprises awaited for the OFWs.

According to the province, the event was its way of thanking the migrant workers for their sacrifices for the country and their family.

The event was spearheaded by the Camarines Sur’s Public Employment Service Office of PESO.

“Organized by CamSur PESO, that day was filled with fun games and exciting surprises as a way to thank our OFWs for their significant contributions in helping boost the economy of the Philippines and for their hardwork and sacrifices to provide a living for their families, the province said.