Eyes on the prize: Umali to become Justice Secretary if Sereno impeached- group 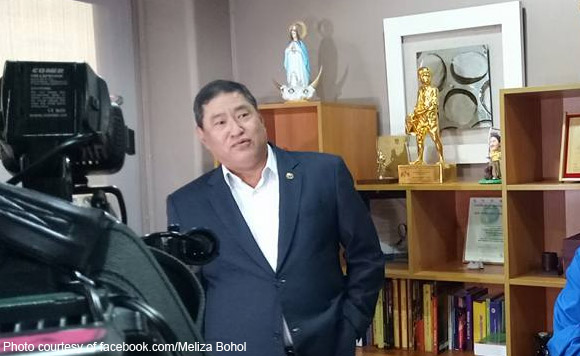 Oriental Mindoro Rep. Reynaldo Umali has been as the most likely candidate to take over the seat of Justice Secretary Vitaliano Aguirre II who has been invited by the PDP-Laban to be part of its senatorial line-up for the 2019 elections.

This is what the group Pinoy Aksyon for Governance and Environment (PAGE) is expecting as Umali’s reward if Supreme Court (SC) Chief Justice Maria Lourdes Sereno gets impeached.

Umali is the head of the House committee on justice which is conducting the impeachment proceedings against Sereno.

“Could it be that something is brewing in the political kettle? If this is true, the chairman of the House justice committee could be going after the fat reward as head of the powerful Department of Justice,” claimed PAGE conveyor Bencyrus Ellorin.

Ellorin explained that, despite the defective impeachment complaint filed by lawyer Larry Gadon, the House still pushed through with impeachment proceedings against Sereno.

“It is a difficult act. To start with, they have a bungling complainant in lawyer Lorenzo Gadon, they have hauled magistrates of the high court to provide bits and pieces to Gadon’s nuisance complaint,” he pointed out.