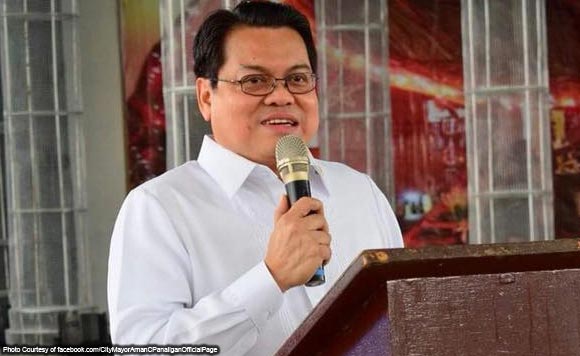 0 444
Share
Want more POLITIKO News? Get the latest newsfeed here. We publish dozens and dozens of politics-only news stories every hour. Click here to get to know more about your politiko - from trivial to crucial. it's our commitment to tell their stories. We follow your favorite POLITIKO like they are rockstars. If you are the politiko, always remember, your side is always our story. Read more. Find out more. Get the latest news here before it spreads on social media. Follow and bookmark this link. https://goo.gl/SvY8Kr

That his how Calapan City Mayor Arnan C. Panaligan ended the last working day of the year after affixing his signature in all pending documents up for his approval for 2017.

Panaligan said that he will enter the new year with a clean desk after finishing all the paperwork this year.

The mayor said that 2017 has been very productive for him and the city government in terms of programs and policies delivered to Calapeños.

But it doesn’t stop right there as Panaligan looks forward to a better and more productive 2018.

“The last working day of 2017 – all paperwork done and all pending documents signed. No clutter on my desk to welcome the first working day of the New Year with a clean slate,” said Panaligan.

“2017 was a productive year for the City Government in terms of plans formulated, programs implemented, projects completed and recognitions and awards received,” he added.

“The program includes wreath laying at the monument of Dr. Jose Rizal and 3 volleys gun salute of the Calapan City Police in honor of the National Hero,” it added.