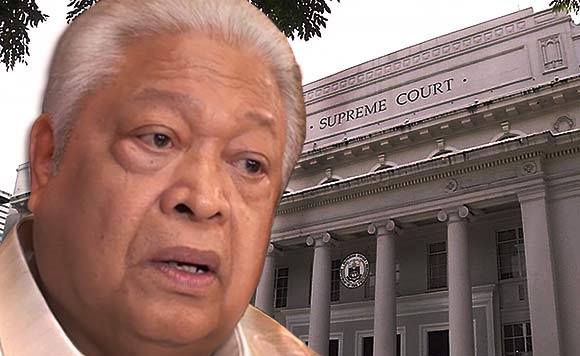 0 597
Share
Want more POLITIKO News? Get the latest newsfeed here. We publish dozens and dozens of politics-only news stories every hour. Click here to get to know more about your politiko - from trivial to crucial. it's our commitment to tell their stories. We follow your favorite POLITIKO like they are rockstars. If you are the politiko, always remember, your side is always our story. Read more. Find out more. Get the latest news here before it spreads on social media. Follow and bookmark this link. https://goo.gl/SvY8Kr

Albay first-district Rep. Edcel Lagman said the petition he and the other Magnificent 7 lawmakers asking the Supreme Court to block the one-year extension of martial law had passed the court’s first test.

The Supreme Court has required the respondents named in the petition to file their comment after finding it sufficient in form and substance, the opposition congressman said in a statement.

“This augurs well for the petition which has survived the preliminary gauntlet which petitions have to pass through in the High Court,” Lagman said.

In the December 29 resolution, the Supreme Court said that “the petition appears to be sufficient in form and substance” and consequently required the respondents Senate President Aquilino Pimentel III and Speaker Pantaleon Alvarez, among others, to “comment on the petition and the prayer for temporary restraining order or writ of preliminary injunction within a non-extendible period of ten (10) days from notice hereof.”

Lagman and his colleagues had questioned the grant by a joint session of Congress of the one-year re-extension of martial law and of the suspension of the writ of habeas corpus in Mindanao effective January 1, 2018 to December 31, 2018.

The petitioners asked the Supreme Court to issue a temporary restraining order (TRO) or a writ of preliminary injunction to stop the implementation of the challenged re-extension pending adjudication of their petition.

The petitioners anchored their petition on the following grounds:

1. There is no actual invasion or rebellion in Mindanao to constitutionally justifying any extension.

3. Remnants of vanquished terror groups are residual phantoms which have no capability of launching a rebellion, and they can be defeated by ordinary police and military operations without extending martial law.

4. The Constitution does not allow a series of extensions which would defeat the constitutional intent of short duration of martial law and its extension.

5. Martial law spawns violations of human rights and civil liberties and it emboldens the military and police forces to commit atrocities with impunity.

6. Without declaring martial law, the President as Commander–in-Chief is empowered to call out the armed forces to prevent and subdue lawless violence, invasion or rebellion.