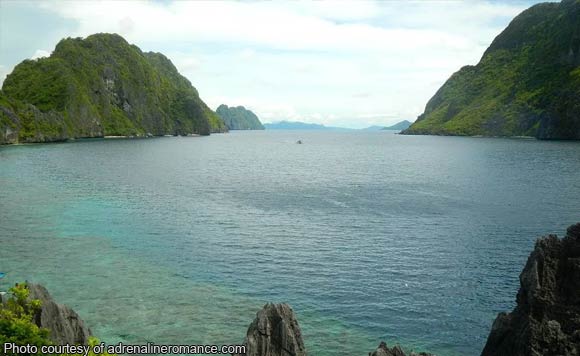 0 726
Share
Want more POLITIKO News? Get the latest newsfeed here. We publish dozens and dozens of politics-only news stories every hour. Click here to get to know more about your politiko - from trivial to crucial. it's our commitment to tell their stories. We follow your favorite POLITIKO like they are rockstars. If you are the politiko, always remember, your side is always our story. Read more. Find out more. Get the latest news here before it spreads on social media. Follow and bookmark this link. https://goo.gl/SvY8Kr

In a report by the Borneo Post, Minister Datuk Seri Panglima Masidi Manjun of the Ministry of Tourism, Culture, and Environment (MTCE) said that he and his organization were in “full support of the initiative of the Palawan Provincial Governor, Jose Alvarez, to open the new sea link.”

The Borneo Post is an English daily newspaper in East Malaysia.

The assurance was given by Masidi positive that the ferry service will “enhance the relationship between Malaysia and the Philippines, particularly the province known as the ‘World’s Best Island’.”

“I am happy to note that the Kudat-Palawan ferry service is now set to start operation in February after a long wait,” Masidi was quoted by the newspaper.

He added that this was “a clear testimony of his (Alvarez) desire to have a better working relationship with Malaysians, particularly Sabahans,” or residents of Sabah.

Gil Acosta Jr., head of the Provincial Information Office of Palawan, said the province was excited to see the Ro-Ro ferry service finally working next year.

“Actually, the maiden voyage was supposed to happen November this year but our counterpart begged off because their preparation is still ongoing. With its opening, the dream of having a share of our nearest neighboring country’s tourist influx will become a reality,” Acosta said Thursday morning.

He added the new sea link will not only contribute to Palawan’s tourism industry growth but also commerce and trade, as well as create jobs for residents of the province.

Alvarez projected an influx of three million tourists to Palawan in the next five years via Ro-Ro ferry service project formed under the Brunei Darussalam-Indonesia-Malaysia-Philippines East ASEAN Growth Area (BIMP-EAGA).

“Kota Kinabalu has only one UNESCO World Heritage Site, and that is its mountain. Palawan, on the other hand, has the Puerto Princesa Underground Rive and the Tubbataha Reefs Natural Park, and more natural sights — so, this ferry service will definitely give our tourism industry a boost, and residents could benefit from this,” Acosta added.

The agriculture industry will also benefit, with Del Monte getting the opportunity to ship products to Malaysia, he said.

“Our goat raisers would now have a market because there is a big demand for goat meat there, and also our coconut growers. As you know Malaysia has a big market for coconut and its derivatives,” Acosta stressed.

The expansion project of the Port of Buliluyan specifically involves the construction of a perpendicular platform at the tip of the existing port and a loading/unloading dock for Ro-Ro vessels. Additional facilities will also be installed for efficient port operations.

Eventually, Acosta said the port would also link to various sites in Palawan, all the way to Luzon.

“What is being ironed out right now, as far as I know, is the land ride, where residents or tourists who own cars can travel via the Ro-Ro ferry service,” he said. (PNA)