Buti na lang di naka padlock! Catanduanes Rep. Cesar Sarmiento reports to his office even if Congress is on recess 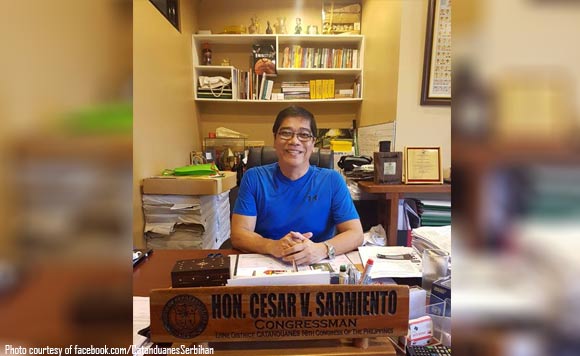 Congress is on a holiday break for a month and would only resume session in late January.

But that hasn’t stopped Catanduanes Rep. Cesar Sarmiento from reporting to his office to work.

The security guards were even surprised to see him arrive at the office, as the building is usually empty this time of year.

But Sarmiento said he still has work to do, because he has to prepare for the Christmas Cheer program in Virac on December 29 that his congressional district office will host.

So it doesn’t matter if the whole building is a ghost town. Sarmiento will work if he has to!