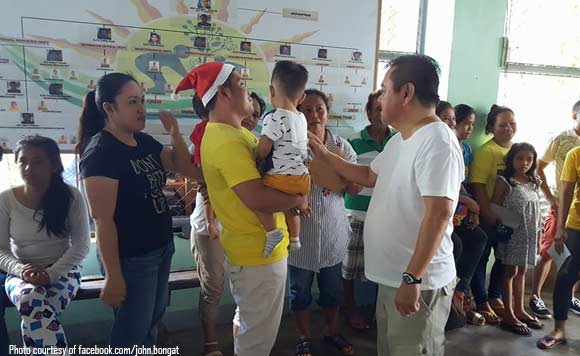 The Mayor went today to distrubute some Christmas giveaways to all residents of Naga City District Jail, a tradition started by his predecessor, the late DILG Sec. Jesse Robredo.

According to Bongat, he has been doing this for eight straight years now since he was first elected as the local chief executive of Naga City in 2010.

“HANDED OVER SOME XMAS GOODIES to all residents of the Naga City District Jail this morning. I’ve been doing this for the past 8 years since I became Mayor in 2010, a tradition started by my predecessor, Sec. Jesse Robredo,” Bongat said.

However, this year is quite different since it was the first time that his son joined him in this annual gift giving tradition.

Bongat said that his son was “amazed” with what he witnessed as they handed gifts to the “residents” of the city jail.

“But it’s Chanchan’s first time! He was so amazed to see almost 500 residents in yellow shirt, as we hopped from one cell to another, and overwhelmed by the welcoming, happy faces from everybody. Merry xmas and a happy new year to you all!,” said Bongat.