House to declare Kalayaan islands as alienable and disposable for residents, investors 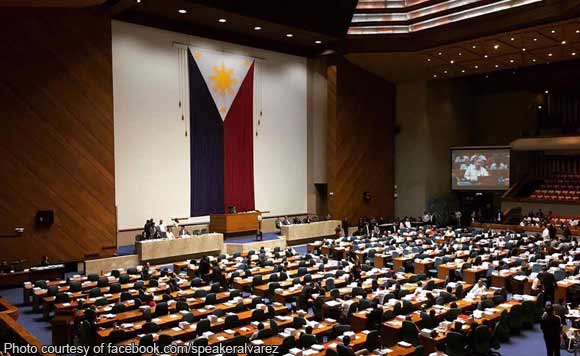 The House of Representatives committee on natural resources has approved House Bill No. 5614 which seeks to declare the Kalayaan Island Group situated in the province of Palawan as alienable and disposable land for agricultural, residential and commercial purposes.

In their explanatory note of the bill, Alvarez and Fariñas cited the urgent need to declare the Kalayaan Island Group as alienable and disposable to promote permanent dwelling and develop a viable source of livelihood for the residents therein.

The declaration will also promote the growth of business opportunities and spur the development of trade and industry by attracting investors to the area, according to them.

Alvarez said the Kalayaan Island Group offers rich fishing grounds and contains significant oil and natural gas reserves. It is vital to the security and economic survival of the Philippines.

The Speaker further said the Municipality of Kalayaan is in the process of making new projects to promote tourism for the island group. It is inviting Filipino businessmen to invest in Kalayaan but investors are reluctant because the island group is inalienable and non-disposable for agricultural, residential and commercial purposes.

“Even residents who have been long tilling and developing the parcels of land within the Kalayaan Island Group cannot apply for title for their occupied area,” said Alvarez.

Fariñas said Presidential Decree No. 1596, entitled “Declaring Certain Area Part of the Philippine Territory and Providing for Their Government and Administration,” constituted the Kalayaan Island Group as a distinct and separate municipality of the Province of Palawan, now known as the Municipality of Kalayaan.