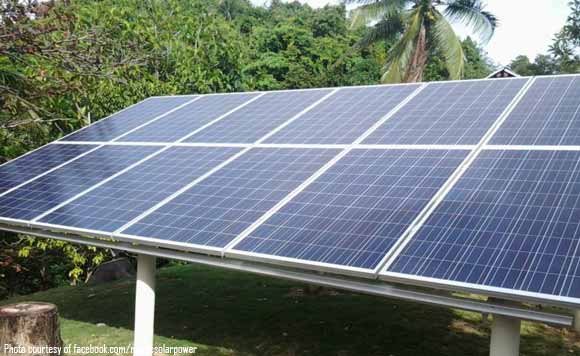 The municipality of El Nido in Palawan is among the recipients of solar-powered LED street light and home solar power system donation from China as the Department of Environment and Natural Resources (DENR) signed a Memorandum of Understanding with the Chinese counterpart.

The DENR said that China is donating close to 3,000 units of solar-powered LED street light and home solar power system to help communities in El Nido and the province of Antique to fight the effects of climate change.

DENR Secretary Roy A. Cimatu and China’s Zhang Young, vice chair of the National Development and Reform Commission (NDRC), recently signed a MOU for the grant of solar energy devices to Antique and El Nido.

“The agreement was signed to strengthen mutual trust and cooperation between the two parties to effectively mitigate the adverse effects of climate change and improve social wellbeing,” Cimatu was quoted as saying.

According to the DENR Secretary, the donation will help promote the use of renewable energy in local communities to mitigate the effects of climate change.

“We hope that through this agreement, we will be able to promote renewable energy in the far-flung areas in the Philippines and reduce carbon emissions,” Cimatu said.

Under the MOU, the DENR is mandated to oversee the delivery of 2,117 units of solar-powered street light and 769 units of household solar power system to the beneficiaries.

A total of 100 barangays with 116,080 individuals in Antique will get 1,562 units of solar LED street light, while 151 barangays or approximately 179,848 individuals will gain from 769 units of household solar power system.

Meanwhile, A total of 555 units of solar LED street light will be distributed to 6 barangays in El Nido, with 7,025 residents expected to benefit from the donation.

“The DENR agreed to assume all the taxes and other arising costs for the goods upon entering Philippine territory, and for clearance, delivery and transportation of goods once they arrive,” the department said.