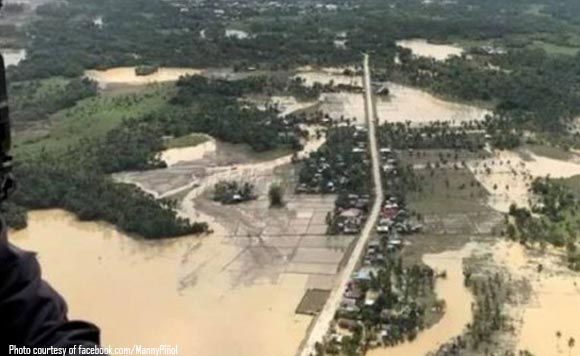 The Department of Agriculture is now readying financial assistance programs for farmers affected in MIMAROPA, Bicol Regions and other provinces as well by typhoons Urduja and Vinta.

Agriculture Secretary Manny Piñol said that “insurance payments for crops destroyed, seeds and fertilizers and an emergency loaning program of P25,000 per family affected are now being readied by the Department of Agriculture.”

According to Piñol, the Philippine Crop Insurance Corporation (PCIC) committed to release P127 million for the following regions affected by Typhoon Urduja:

Meanwhile, the PCIC will update its damage assessments after tropical storm Vinta brought heavy rains during Christmas season in southern regions of the country.

The DA Secretary, meanwhile, said that the Agricultural Credit Policy Council (ACPC) has been tasked to validate the number of families of accredited farmers and fisherfolk affected by the typhoons so they could avail themselves the SURE loaning program.

“The SURE Program which stands for Survival and Recovery, grants a P25,000 loan package to farming and fisherfolk families affected by calamities,” Piñol said.

The DA Secretary explained that of the total amount, P5,000 is given as a grant while the remaining P20,000 is a “no-collateral, no-interest loan payable in 3 years and designed to assist typhoon victims in the fisheries and agriculture sector to recover.”