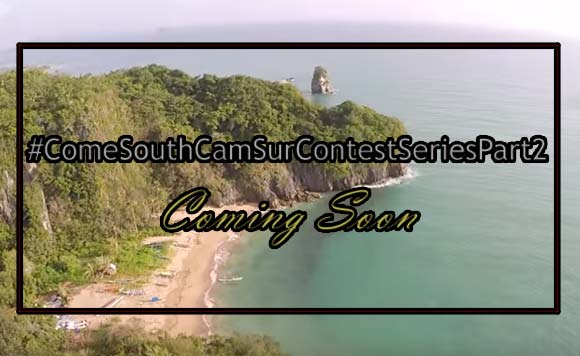 The province of Camarines Sur has extended the submission of entries for its “Come South CamSur” contest to January 5 next year.

The contest asks the participants to a 1-minute vlog stating reasons why they love the province of CamSur.

Video with the most number of likes will win the contest.

The winner will get a CamSur Tourism Package with an all-expense paid trip to Caramoan Islands with island hopping, rappelling, kayaking, rock climbing, trekking to Grotto, and church visitations.