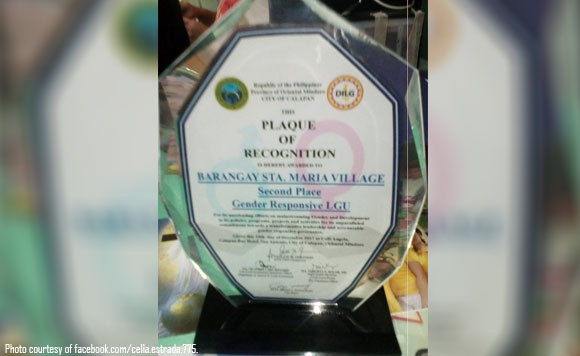 The City Government of Calapan has recognized recently the barangays which showed importance to grassroot-level gender development pursuant to Republic Act 9710 also known as the Magna Carta for Women.

The City awarded the Gender Resposive Barangays last December 19 at the Cafe Angela Hotel which was attended by Mayro Arnan C. Panaligan and the City council.

“Based on Joint Memorandum Circular No. 2013-1, it is obligatory that all Government Units including barangays to implement Localization of Magna Carta of Women (RA 9710) in all programs, projects and activities. And one of the best way to assess the implementation of gender mainstreaming in the barangay level is the Search for Gender Responsive Barangay,” the City said.

Based on the said memorandum, the city conducted the ‘GERL ka ba? Barangay Level.”