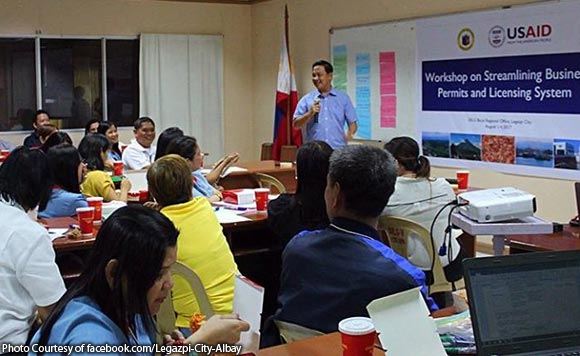 0 1,071
Share
Want more POLITIKO News? Get the latest newsfeed here. We publish dozens and dozens of politics-only news stories every hour. Click here to get to know more about your politiko - from trivial to crucial. it's our commitment to tell their stories. We follow your favorite POLITIKO like they are rockstars. If you are the politiko, always remember, your side is always our story. Read more. Find out more. Get the latest news here before it spreads on social media. Follow and bookmark this link. https://goo.gl/SvY8Kr

The City of Legazpi will soon have a faster business application process as the city had just tested its simplified business permits and licensing system.

The mayor, meanwhile, said that the system is still currently under strict scrutiny for a better service once rolled out for implementation in January next year.

Legazpi City has been recipient of the Department of Interior and Local Government (DILG)’s Seal of Good Local Governance for two years in a row now, which Rosal eralier attributed to the “perception of strength for investment and business” in the city.

“Mga kababayan malaking bagay ito as perception of strength for investment and business para sa atin at pangalawa natin ito…,” Rosal said before when the city bagged its second SGLG.