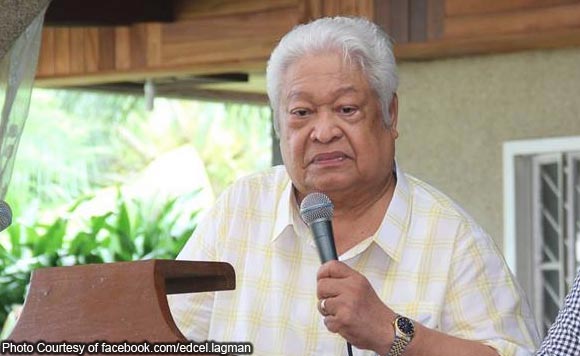 0 590
Share
Want more POLITIKO News? Get the latest newsfeed here. We publish dozens and dozens of politics-only news stories every hour. Click here to get to know more about your politiko - from trivial to crucial. it's our commitment to tell their stories. We follow your favorite POLITIKO like they are rockstars. If you are the politiko, always remember, your side is always our story. Read more. Find out more. Get the latest news here before it spreads on social media. Follow and bookmark this link. https://goo.gl/SvY8Kr

Albay first-district Rep. Edcel Lagman expressed suspicions that the “undue delay” in the preparation and enrollment of the joint resolution extending martial law in Mindanao could be “deliberate and premeditated.”

In a statement, the Magnificent 7 lawmaker said the intent appears to be “to deprive challengers of the extension from attaching in their petitions before the Supreme Court the required certified true copy of the enrolled joint resolution.”

“As the delay progresses, aggravated by the ensuing holidays, the effectivity of the extension on January 1, 2018 will soon set in,” Lagman said.

“Once the extension becomes effective, any petition or prayer for the issuance of a temporary restraining order (TRO) or a writ of preliminary injunction may be mooted,” Lagman said.

House Majority Leader Rudy Fariñas said, “It does not merit additional comments to those that I already made yesterday. ”

“Like the Speaker has stated, Rep. Lagman seems to be dictating on the Majority of its duties and prerogatives, such as the time and manner of considering the request of the President to extend his Martial Law Proclamation,” Fariñas said.

Lagman, on the other hand, wondered, “Why approve with inordinate haste the extension just to foot-drag the preparation for enrollment of the requisite joint resolution?”