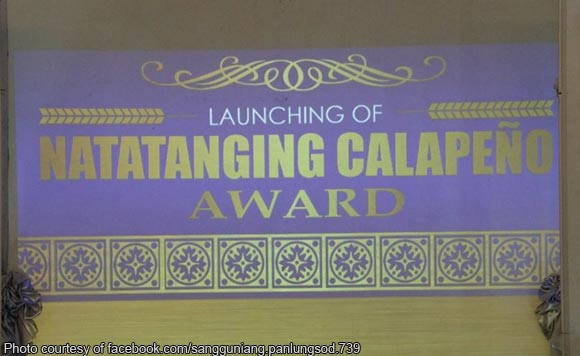 The City Government of Calapan has recently launched the “Natatanging Calapeño Award” which aims to recognize individuals or groups of individual who showed integrity and promoted the common good.

The launching was held last December 18 at the Cafe Angela Hotel, which was attended by the City Government of Calapan Employees, Barangay Captains, Government Agencies, stakeholders and media practitioners.

The City said that the Natatanging Calapeño Award is the highest recognition that the city could give to any individual.

The city government said that an individual or even groups of Calapeño could be nominated and win the award if they showed care for the common good; promotes equality and justice for all; exemplify love for country; maintain and value the process of building a just and humane society; committed to the pursuit of excellence; serve as a role model with meaningful life; possess a wide range of skills and ability; demonstrate love and respect to the foundation of a family and promote enrichment of culture and the arts.

The Award and Validation Committee will be composed of seven members, four of which come from the city government and three from private sectors.