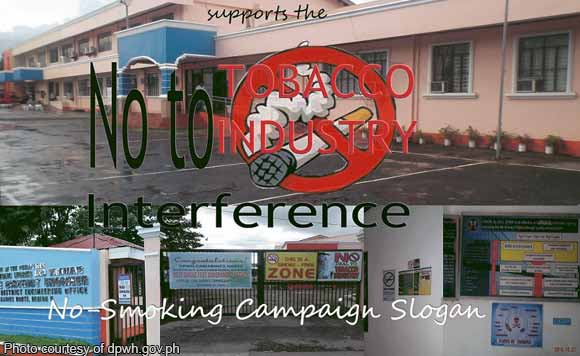 Its efforts in establishing a smoke-free working environment did not go unnoticed as the Department of Public Works and Highways – Camarines Norte District Engineering Office (DPWH-CNCDEO) took home the national Red Orchid Award from the Department of Health (DOH).

DPWH-CNDEO District Engineer Ricardo R. Gutierrez said that the office has been “actively promoting the DOH advocacy program for tobacco-free environment and has also been adjudged winner for two” consecutive years under regional level.

In a report, Gutierrez said their first national award from DOH was received in an event held at Fort Ilocandia, Laoag City, Ilocos Norte recently.

However, Guttierrez said that they will use the award to push and promote a 100% smoke-free working environment within his jurisdiction.

He also expressed optimism that DPWH-CNDEO will achieve the Regional Hall of Fame and the second national level award in 2018.

“Red Orchid Award is a special recognition to smoke-free government establishments that is conceptualized to combat tobacco use and to work for a tobacco-free environment using the World Health Organization’s “MPOWER” Framework,” the DPWH said in a statement.

Aside from DOH, Civil Service Commission also recognized DPWH-CNDEO with Regional Winner Award for 2 consecutive years as Best Smoke-Free Government Agency for actively complying on the measures by the WHO Framework on Convention on Tobacco Control and Tobacco Regulation Act of 2013.