The spirit is willing, but the flesh is weak; Naga Councilor Cecilia de Asis sorry for turning down Xmas party invites 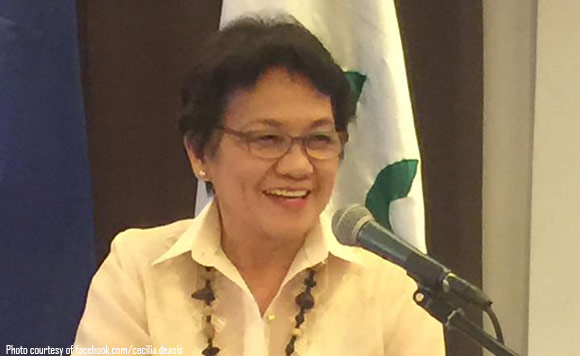 Tis the season when Filipinos get together with friends and loved ones, and hold numerous, seemingly non-stop parties.

It’s much the same for politikos, except that they tend to get a lot of invitations from groups of all sorts who hope for their presence at their gatherings.

Naga Councilor Cecilia de Asis laments, though, that she could not say yes to all invitations coming her way.

After all, she only has one body even if she would want to be in multiple places at ones. Sometimes, it’s her wandering mind that prevents her from being present, she said.