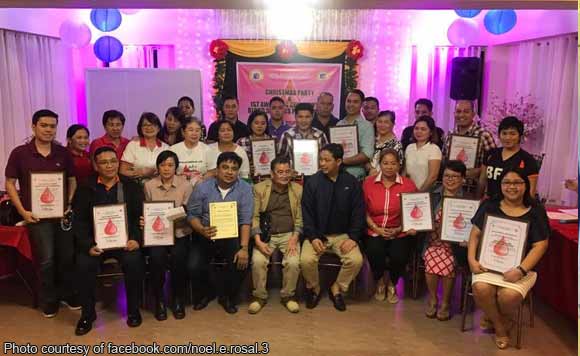 If Legazpi Mayor Noel Rosal will have his way, blood will continue to flow in the city.

No, he won’t kill to do it. He wants blood to save lives.

Legazpi has honored its partners for its Sandugo program, where the city encourages partners to donate blood that can be used to help heal the sick.

According to Rosal, the program’s partners are considered heroes. The blood they’ve donated has not only helped Legazpi residents, but those from other areas as well.

Legazpi contributed 2000 bags of blood per year, making it a top source of the life-saving substance, he pointed out. The program has also earned numerous awards.

Rosal is not taking credit for the project alone. He commended the many institutions and parties that had helped and supported the blood drive.

We’re sure this is one instance where people will be happy so see blood flowing freely!