One road section in Romblon remains impassable due to Urduja, DPWH says 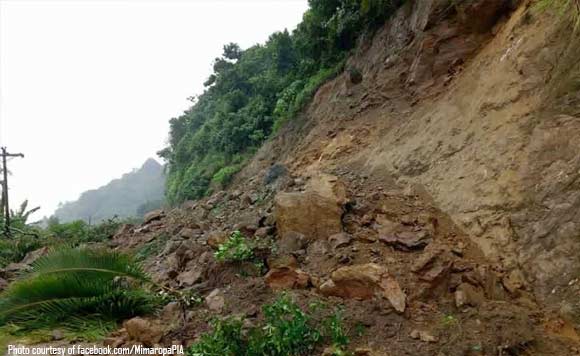 One road remains impassable in MIMAROPA Region after the onslaught of the Tropical Storm Urduja over the weekend, the Department of Public Works and Highways (DPWH) said.

“As of 12 noon, Wednesday, December 20, 2017, one (1) road section in MIMAROPA Region and seven (7) road sections in Region 8 remain impassable after Tropical Storm “Urduja” triggered landslide, damaged roads and bridges and spillway,” the DPWH said in a statement.

The Department said that it is still clearing the affected section of the Sibuyan Circumferential Road in Romblon which was closed due to washed-out Tinimbawan Bridge Detour.

Meanwhile in Biliran, the Public Works Department said that road sections closed to traffic due to landslide are the Naval-Caibiran Cross Country Road particularly at K1033+900 and K1041+000, and Biliran-Naval Circumferential Road due to four (4) damaged bridges namely: Catmon, Caray-caray, Santol and Busali Bridges.

“Travelers from Tacloban may take the Biliran-Cabucgayan-Caibiran-Culaba-Kawayan-Almeria-Naval Route in going to Naval and vice versa,” the DPWH said.

In Leyte, the Department said that four (4) road sections are still impassable, namely: Bagahupi-Babatngon-Sta. Cruz-Barugo-Carigara Road due to landslide; Jaro-Dagami-Burauen-Lapaz (K0951+500) due to damaged spillway; Libungao-Matag-ob-Palompon Road and Kananga-Tungonan Hot Spring Road due to damaged pavement caused by flooding and landslide.