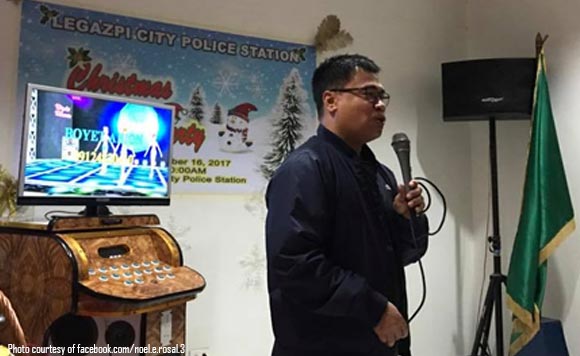 In Legazpi, Albay, the police and the mayor are partners in improving the city.

Legazpi Mayor Noel Rosal recently hosted a simple gathering for the police force to thank them for their service.

At the same time, Rosal vowed to provide them with the equipment they would need in battling crime, such as more CCTV cameras. He also said he would renovate the police and fire station, and fully implement the city’s 911 emergency hotline.

It’s not just the police who stand to benefit from such improvements, but the city as well!

“today….simple year end gathering of our policemen of PNP legazpi city..thank them of their services and inform them of our upcoming programs next yr like addtl cctv cameras,full implementation of 911 emergency action,and renovation of police and fire station in albay dist. and more..guest,pnp albay chief, ssupt.cirujales,” the mayor posted.