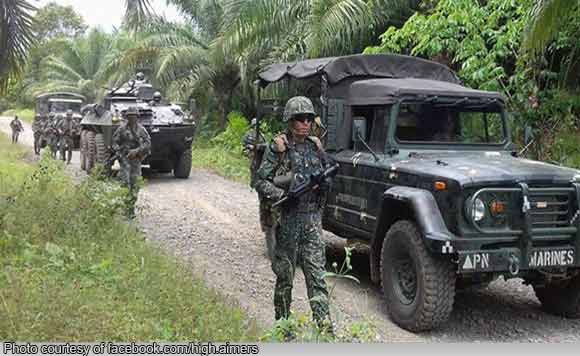 “It’s standard operating procedure, but in southern Palawan, we will be focusing on the municipality of Brooke’s Point. Right now, this town seems to be where the NPA (New People’s Army) rebels are seeking shelter from their supporters in the communities,” said Lt. Col. Danilo Facundo, commanding officer of the Marine Battalion Landing Team and head of the Joint Task Group South, on Monday morning.

The NPA is the armed wing of the CPP.

From the town of Bataraza, where run-ins with the NPAs happened since last March, the insurgents are now hiding in the precipitous areas of Brooke’s Point, Facundo told the Philippine News Agency.

“There will be a meeting with Mayor Mary Jean Feliciano and the members of the Municipal Peace and Order Council (MPOC) for us to update them on the lingering presence of the NPA in Brooke’s Point,” he added.

Facundo stressed that if left unresolved, the insurgency problem in the municipality can “turn really serious to slow down its development.”

“Our security alertness against the NPA is always heightened, especially because their anniversary is approaching,” Pasia said.

Both ranking officials of the Marines in Palawan said joint military forces are always on alert even before the government tagged the NPA as a terrorist organization following the collapse of the peace talks. (PNA)