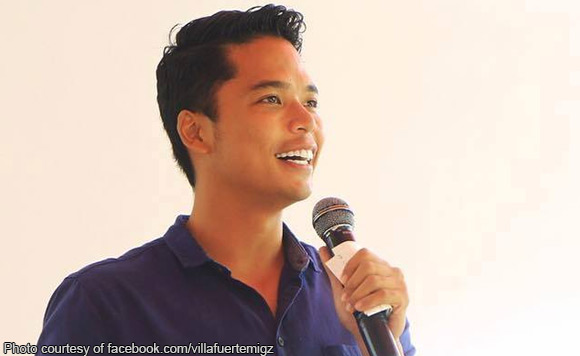 The young governor visited the said barangay recently where the provincial government brought medical mission caravan for the residents.

It was also a perfect opportunity for Villafuerte to assess the barangay about their needs and to personally hold consultation with the barangay council.

“It was my first time at Tagbac, Ragay when we brought the Medical Mission Caravan with us. And as the purpose of my barangay visitations is to personally see and know what services and projects the barangay needs, we took the opprtunity to consult with the barangay council on how the Capitol can help Tagbac,” Villafuerte said.

The governor found out that the barangay is in need of a efficient water system, which has been being funded by the local government unit of Ragay.

“But since LGU funding is limited, it may not be sufficient to fund the construction of a water system for the entire barangay. What we committed is that the Capitol will augment the LGU’s efforts and funding to ensure that said project will be completed,” Villafuerte said.

“Because at the end of the day, politics should be set aside to be able to deliver genuine service to the people,” he added.

Villafuerte earlier vowed to visit all the barangays in his province by the end of his term to deliver services to the residents.