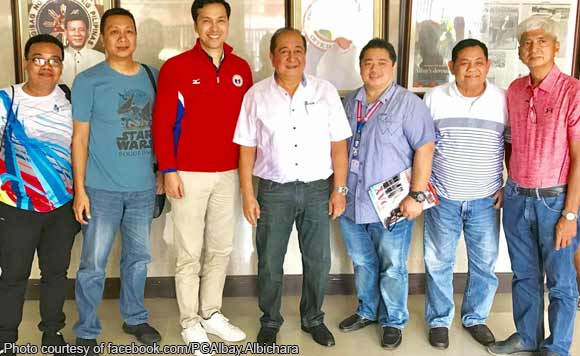 The Albay provincial government has agreed with the Philippine Sports Commission (PSC) to hold the first Sports Summit which aims to conduct a training for young athletes and their coaches.

The Albay government in coordination of the Philippine Sports Commission formulated the plan today, December 18, as Governor Al Francis Bichara met with Raul Dominic Badilla, The Chief of Staff of the PSC.

“The Sports Summit aims to conduct a training for the Local Coaches by the National Coaches in order for Albay to be equipped and ready for the upcoming Regional, National or International competition or games,” the province said.

Badilla, for his part, proposed the Sports Summit to have two days of Plan, Consultation and Meeting Conference, and 4 days Coach Training, and prioritize Elementary Schools and athletes age 12 years old and below.

Bichara, meanwhile, proposed that volleyball coaches in remote areas in Albay be included in the summit.

“It was also agreed upon the meeting that the Sports Summit will focus more on other sports including Archery, Dance sports, Combat Sports such as wrestling, taekwondo, arnis and more,” the Albay province said.

Bichara, a sports enthusiast, said that the summit will benefit the athletes as it will prepare them for their tournaments outside the province.

“We really should have more events and create more competitions, and the kids need continuous exposure for them to be equipped for bigger tournaments.” the Governor said.

The planned Sports Summit is tentatively slated on April 2 to 6, 2018 right after the Holy Week.