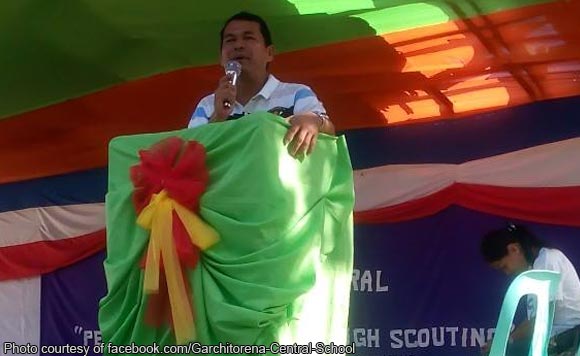 Former Garchitorena, Camarines Sur Mayor Jesus Rico Sarmiento was imposed a PHP2,000 fine after pleading guilty before the anti-graft court for violating the “Code of Conduct and Ethical Standards for Public Officials and Employees.”

In a statement, the Ombudsman said its probe showed that from January to October 2014, Sarmiento repeatedly used two private vehicles owned by a contractor with several ongoing projects in the municipality.

Upon arraignment on Oct. 27, 2017, the accused, assisted by legal counsel, voluntarily entered a plea of guilty before the Sandiganbayan Seventh Division.

The accused was fully apprised of the consequences of his plea in open court.

Sarmiento stated that he understood the nature of his plea; that if he pleaded guilty to the charge, he would be deemed to have admitted all the accusations in the information.

The Sandiganbayan imposed the penalty of a P2,000 fine, having appreciated in Sarmiento’s favor, the mitigating circumstance of plea of guilty.

Under Republic Act No. 6713, or the “Code of Conduct and Ethical Standards for Public Officials and Employees,” government officials and employees shall not solicit or accept, directly or indirectly, any gift, gratuity, favor, entertainment, loan or anything of monetary value from any person in the course of their official duties or in connection with any operation being regulated by, or any transaction which may be affected by the functions of their office. (PNA)