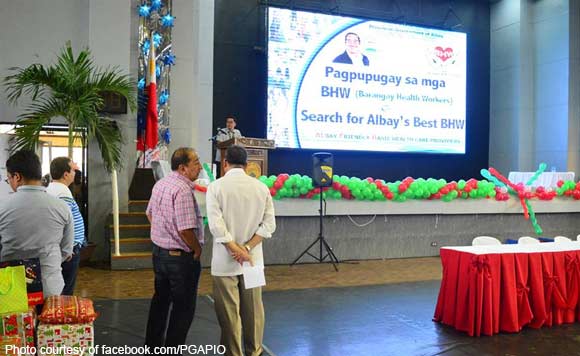 During the event attended by more than one thousand health workers from different local government units in Albay, 18 were awarded as Outstanding Barangay Health Workers.

Awardees received medal, certificate and cash prize as their prize.

During the event, Governor Al Francis Bichara thanked the workers for the services they rendered especially for the those who need help.

The governor promised “early Christmas gift” to barangay health workers who have complied with the requirements of the Provincial Health Office.