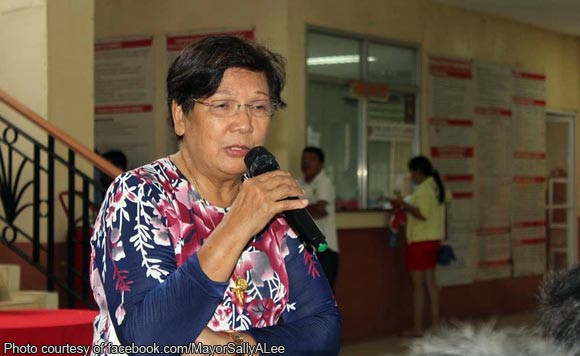 Sorsogon City Mayor Sally Lee may have a hard time seeking reelection in 2019, after she lost key allies to the camp of incumbent Vice Governor Ester Hamor.

Hamor and new party mates met with Sen. Francis Escudero last Saturday, Nov. 25, to map out her mayoralty run for 2019.

Several of her new allies came from the camp of Lee, who were dissatisfied with her leadership.

Lee’s family had figured in controversies, the latest of which was the conviction by the Sandiganbayan of former Sorsogon Governor Raul Lee last August, over the P728-million fertilizer fund scam.

During the meeting, Escudero promised support for Hamor and her group.