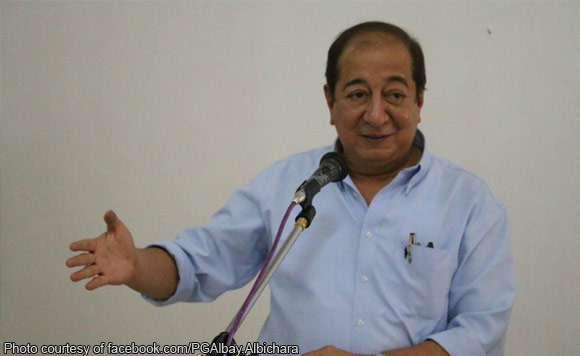 “I will write a letter to the President and to the Philippine Charity Sweepstakes Office (PCSO), to cancel their permits, it is my final decision, I don’t want them staying in Albay anymore,” Bichara said in a press conference.

The governor expressed concern over a shooting incident, where riding in tandem fired at a van, which reportedly was utilized by the operator of the STL franchise operating in Albay.

“The gunmen tried to flee but after hitting a police vehicle, engaged policemen in a gunfight, both gunmen where shot, one died on the spot while the other, gravely wounded, was rushed to the Bicol Regional Training and Teaching Hospital,” the Albay provincial government said.

Bichara said that investigations made by the police bared that the incident started from a feud within the STL organization between the operators and that Albay has become their battleground.

“Our priority is the safety of the Albayanos, I will not allow this kind of violence to exist in our place, it would be better if they just leave Albay,” said Gov. Bichara.

“If they want to kill each other then let them do it in their own territory, not in our territory,” Bichara added.