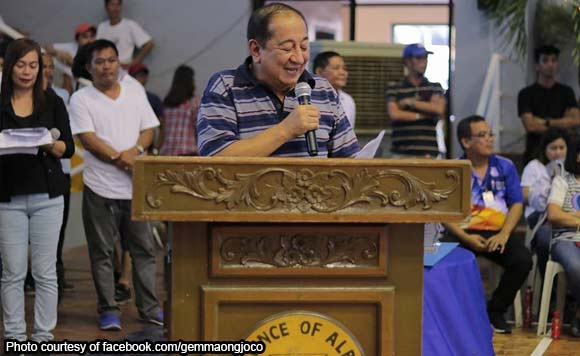 0 688
Share
Want more POLITIKO News? Get the latest newsfeed here. We publish dozens and dozens of politics-only news stories every hour. Click here to get to know more about your politiko - from trivial to crucial. it's our commitment to tell their stories. We follow your favorite POLITIKO like they are rockstars. If you are the politiko, always remember, your side is always our story. Read more. Find out more. Get the latest news here before it spreads on social media. Follow and bookmark this link. https://goo.gl/SvY8Kr

Albay Governor Al Francis Bichara felt elated when he saw that his province’s annual sports competition which started almost two decades ago has grown through the years.

The event started with a foot parade which began at the Governor’s Guest House beside Bicol University in Albay and proceeded to the Albay Astrodome where the formal opening ceremonies was held.

“We started the Governor’s Cup in 1998, and now 19 years later, it has become the premier sports competition in the whole province, winning the tournament’s top spot has become a mantle of honor,” Bichara said during his speech.

A Governor’s Award of Distinction and cash rewards were given to several athletes from Albay, notably the first Woman Grand Master in the Philippines, Janelle Mae Frayna, as well as several Grand Masters, the Albay Vulcans, and a standout from Sepak Takraw.