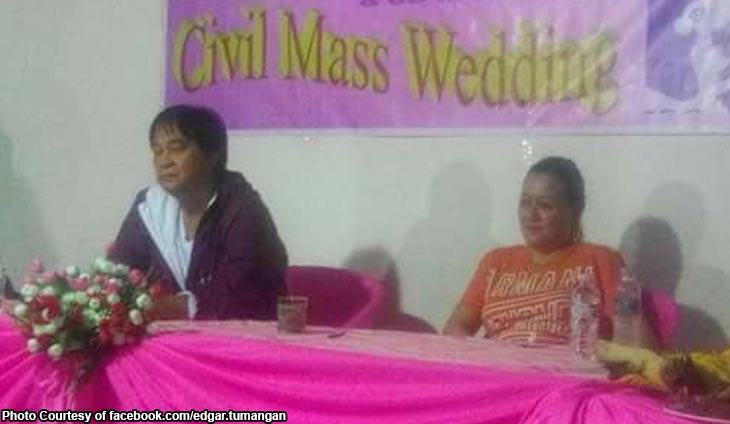 Matnog Mayor Claudith So and Vice Mayor Jaime Gata had gotten flak online for showing up at a recent civil mass wedding in very casual wear.

Photos showed So in an orange t-shirt, while Gata was in a white sleeveless shirt.

While the mass wedding wasn’t the kind of fancy affair where guests came in designer gowns and were served gourmet dishes, several netizens said they expected the local officials to come in a bit more formal attire to show respect to the important occasion.

Broadcaster Edgar Tumangan shared the photos of the officials at the event on Facebook and voiced his disapproval of their casual wear.

Tumangan said the mass wedding was a significant moment for the couples who, while not moneyed, nevertheless made the effort to look good for the ceremony.

In a subsequent post, Tumangan cited a GMA News report that quoted a staff member of So as saying that the mayor came in casual wear to ensure that people would be comfortable with him.

Gata, for his part, was in a sleeveless shirt because he removed his jacket when it got too warm.

Well, we say the officials should be glad they weren’t turned away from the venue.