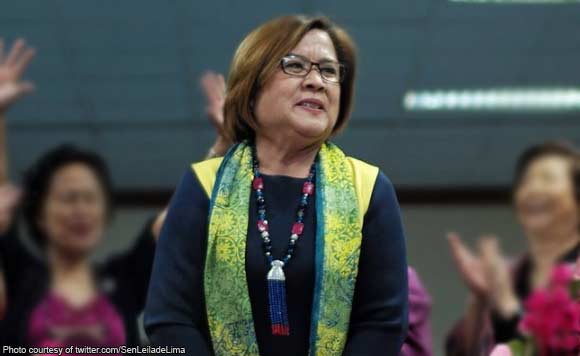 De Lima, who is detained on drug charges, was bestowed the award for being “a flag-bearer for human rights in the Philippines and beyond, setting a shining example for other human rights defenders,” according to the group’s human rights committee chair.

The senator is the second Filipino to receive the award after Aquino in 1987.

“It is a pathetic irony that while freedom fighters and human rights advocates are depreciated by the present leadership in their own country, they are greatly appreciated elsewhere in the world,” Lagman said.

“De Lima, an irrepressible and vocal critic of President Rodrigo Duterte and his administration for violation of human rights and debasement of basic freedoms, has been unjustly detained in the Philippine National Police Custodial Center in Camp Crame, Quezon City for eight months since February this year,” he said.