Lagman: Duterte threat of revolutionary government based on ‘imagined fears’ 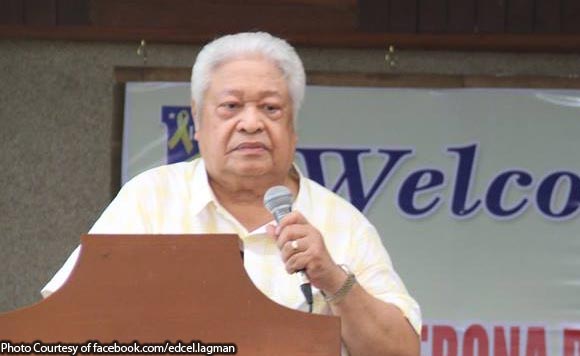 Albay first-district Rep. Edcel Lagman said President Rodrigo Duterte’s threat to declare a “revolutionary government” has no constitutional basis and “is based on imagined fears.”

“A revolutionary government is the result of a successful people’s uprising or revolt overthrowing an incumbent President and his subalterns like the EDSA People Power revolution,” he said.

“It is not a product of a self-serving declaration of a sitting President ostensively to retain and prolong the exercise of powers and ‘crush’ perceived enemies of the state,” said Lagman,

The Magnificent 7 leader said there are no destabilization plots or serious threats from the Left and political opposition.

“What is current is critical dissent to protest and prevent the President’s destruction of democratic institutions like derogating the independence of the Ombudsman and the Supreme Court Chief Justice, among others,” he said.

Lagman said, “The attempt to constitute a ‘revolutionary government’ is to avoid Congressional intervention and rejection which is constitutionally mandated when martial law is declared by the President.”