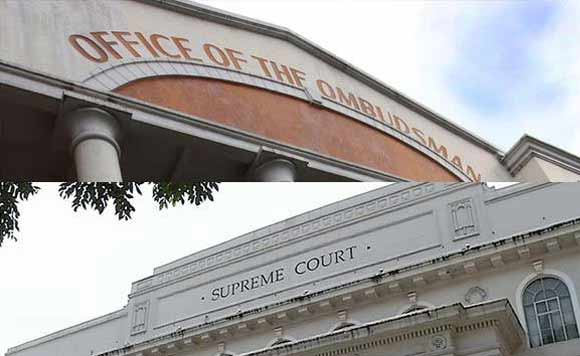 0 476
Share
Want more POLITIKO News? Get the latest newsfeed here. We publish dozens and dozens of politics-only news stories every hour. Click here to get to know more about your politiko - from trivial to crucial. it's our commitment to tell their stories. We follow your favorite POLITIKO like they are rockstars. If you are the politiko, always remember, your side is always our story. Read more. Find out more. Get the latest news here before it spreads on social media. Follow and bookmark this link. https://goo.gl/SvY8Kr

“The constitutionally guaranteed independence of the Supreme Court and the Office of the Ombudsman is under siege without legitimate anchorage,” he said.

Lagman said the impeachment complaint against Sereno is a “compendium of hearsay news accounts and the purported grounds do not constitute impeachable offenses.”

“Compounding the gravity of the situation is the decision of Rep. Reynaldo Umali, Chairman of the Hose Committee on Justice, to deny the counsel of Sereno the right to cross-examine on behalf of the Chief Justice the adverse witnesses. Umali wants the Chief Justice to personally conduct the cross-examination despite her constitutional right to counsel of her choice,” he said.

“With the impending destruction of democratic institutions even as Duterte already has full control of the Congress, the military and police establishments, and the bureaucracy, an authoritarian rule can be a harsh eventuality,” Lagman said.