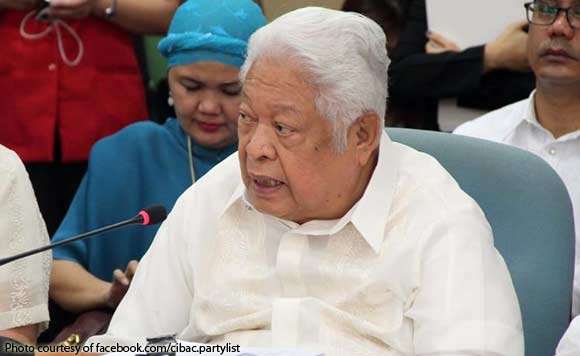 Albay first-district Rep. Edcel Lagman said President Rodrigo Duterte is better off investigating extrajudicial killings in his drug war than the Office of the Ombudsman.

“The constitutionally-guaranteed independence of the Office of the Ombudsman will be imperiled by any investigation, much more a partisan inquiry, exerting interference and pressure on the Ombudsman,” Lagman said.

The “Magnificent Seven” lawmaker said any attempt to investigate the Ombudsman will be perceived as vindictiveness and reprisal against the Ombudsman for authorizing an inquiry into the supposed unexplained wealth of the President and his family.

Duterte earlier said he plans to create a commission that will probe the Ombudsman over corruption and partisanship.

In response, Ombudsman Conchita Carpio-Morales said her office will not be intimidated by the President’s threats. The office said that if Duterte has nothing to hide, then he has nothing to fear.

Trillanes: Ombudsman findings can be used to impeach Duterte

Duterte eyes creating a commission to probe Ombudsman: Don’t force my hand into it!

Erice on who will probe Ombudsman: Only Aguirre, Calida or Panelo will take the job

House moves to strengthen Ombudsman in spite of tiff with Duterte