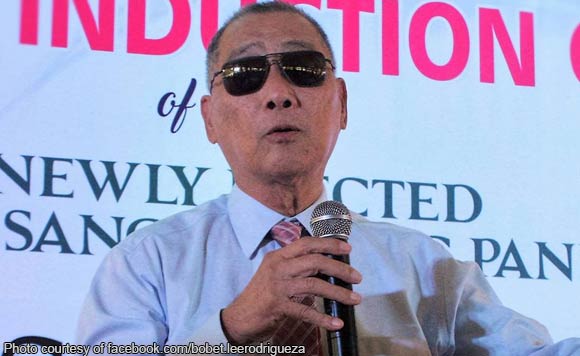 Former Sorsogon governor Raul Lee has been sentenced to at least 12 years imprisonment for his involvement in the fertilizer fund scam.

In a resolution, the Sandiganbayan found Lee guilty of two counts of graft along with his co-accused provincial accountant Raul Hernandez.

The two were sentenced to imprisonment ranging from six to 10 years for each count.

Apart from this, they were also meted with perpetual disqualification from holding public office and were ordered to jointly and severally pay the province P2,591,595 as indemnification.

Under the case, the two were accused of giving unwarranted benefit to Feshan Phils., Inc. in 2004 by approving the purchase of 2,133 liters of Bio Nature Organic Fertilizer for P1,500.00 per liter via direct contracting.

However, Commission on Audit’s (COA) fact-finding investigation found that the same brand sold by other distributors would only cost P285 and P340, while available substitutes costing between P20 to P350 only

It was also discovered that the rule on public bidding was violated and Feshan’s license to sell had already expired.

In its decision, the court said “[t]he procurement resulted to undue injury to the government.”

“The unexplained disparity in the purchase price of P1,500.00 per liter, and the least market price (Univet/Unibest) of P285.00 of the same Bio Nature Fertilizer by Feshan Phils., Inc. is patently preposterous,” it stressed.

“It is indiscernible why the same product from supposedly the ‘exclusive’ distributor itself with address in Metro Manila would cost about 500% higher than that of the supplier in Naga City,” the court pointed out.

“Indeed, the purchase price of the subject fertilizers is way beyond FPA’s Average Prices of Fertilizers and Pesticides for September 2004 and October 2004,” it added.