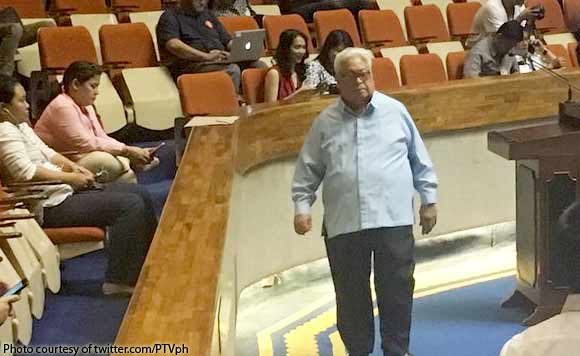 0 571
Share
Want more POLITIKO News? Get the latest newsfeed here. We publish dozens and dozens of politics-only news stories every hour. Click here to get to know more about your politiko - from trivial to crucial. it's our commitment to tell their stories. We follow your favorite POLITIKO like they are rockstars. If you are the politiko, always remember, your side is always our story. Read more. Find out more. Get the latest news here before it spreads on social media. Follow and bookmark this link. https://goo.gl/SvY8Kr

Councilors from Bicol thanked and praised their lawmakers for standing up against the House of Representative’s approved P1,000 budget for the Commission on Human Rights.

While at least 119 members supported 1-Sagip Representative Rodante Marcoleta’s move to give P1,000 instead of their proposed P649 million, only 32 lawmakers opposed the move, with Albay Congressman Edcel Lagman being the most vocal.