Lagman on immunity for Marcoses: ‘The cat is out of the bag’ 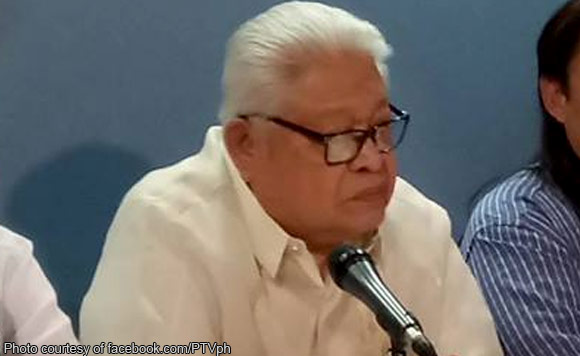 0 512
Share
Want more POLITIKO News? Get the latest newsfeed here. We publish dozens and dozens of politics-only news stories every hour. Click here to get to know more about your politiko - from trivial to crucial. it's our commitment to tell their stories. We follow your favorite POLITIKO like they are rockstars. If you are the politiko, always remember, your side is always our story. Read more. Find out more. Get the latest news here before it spreads on social media. Follow and bookmark this link. https://goo.gl/SvY8Kr

Albay first-district Rep. Edcel Lagman said President Rodrigo Duterte’s revelation that the Marcos family’s offer to return part of their wealth would not happen without the assurance they would not be jailed.

“The cat is out of the bag: President Duterte wants the Congress to grant the Marcoses immunity from criminal prosecution in exchange for the return of part of the Marcos loot,” said Albay Rep. Edcel Lagman.

“This is the hitherto hidden agenda why the President has been urging the Congress to authorize him to negotiate for the recovery of the Marcos hidden wealth,” he added.

But Lagman argued that it is well settled in Philippine jurisprudence that criminal liability is not subject to compromise. “In Chavez vs. PCGG (December 9, 1998), the Supreme Court voided the challenged compromise agreement in so far as it granted the Marcoses immunity from criminal prosecution,” he said.

“A culprit who returns what he has stolen is not liberated from criminal prosecution,” he said.