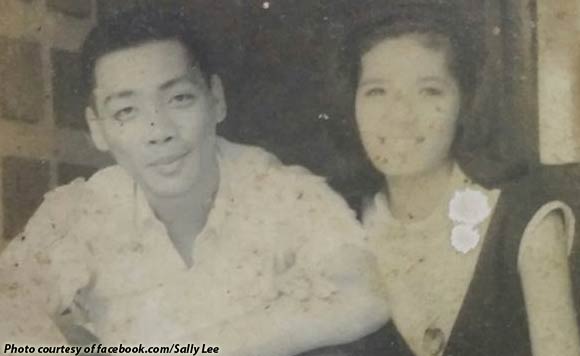 Although their hair may have grown white, these two politicos have remained in love with each other, if you based it from their interaction in social media.

In her happy birthday post to Gov Raul Lee who celebrated his 77th birthday last Oct. 23, Sorsogon City Mayor Sally Lee shared an old photo with her hubby.
“Just don’t want this special time and day to pass without posting this at my wall. More than 50 years ago, this photo was taken when we both took our review (bar exams and CPA board exams),” she wrote as caption.

Both looked fresh and innocent and lovely in the now stained memento.

At the back of it was a dedication, which, according to the mayor, was “becoming more real and true.”

The two remained together despite several blows and charges filed against Mayor Lee’s “Darling Mahal.”

The two, however, remained strong, unstoppable and inseparable.
“I’ll always love you the way I do love you now and I wouldn’t change you for anybody else in this world no matter who you are,” the mayor wrote restating her old message 50 years ago.

Cheers to the woman who proves love conquers all. Push!

You can still bring Christmas cheer even without a party,…