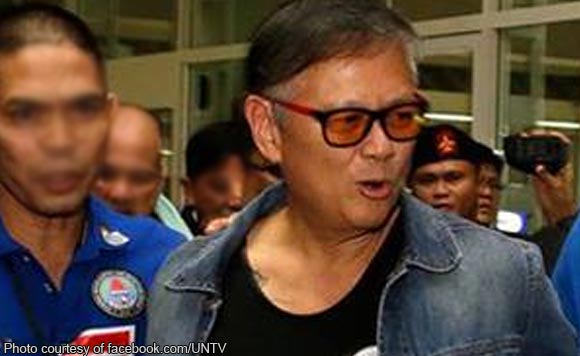 Former Palawan Governor Joel Reyes faces a maximum imprisonment of eight years after the Sandiganbayan found him guilty of graft charges for irregularities on the renewal of small-scale mining permits.

The Sandiganbayan’s third division found Reyes “guilty beyond reasonable doubt” for violating RA 3019 or the Anti-Graft and Corrupt Practices Act according to its 33-page decision signed last Aug 29.

Reyes was charged of 6 years and 1 month to 8 years of imprisonment and perpetual disqualification to hold public office, according to a court decision signed by Associate Justice Sarah Jane Fernandez.

Apart from the small-scale mining permit case, Reyes also faces a pending court case for his alleged involvement in the Malampaya and fertilizer fund scams.

He is also one of the main accused in the killing of broadcast journalist and environmentalist Gerry Ortega.