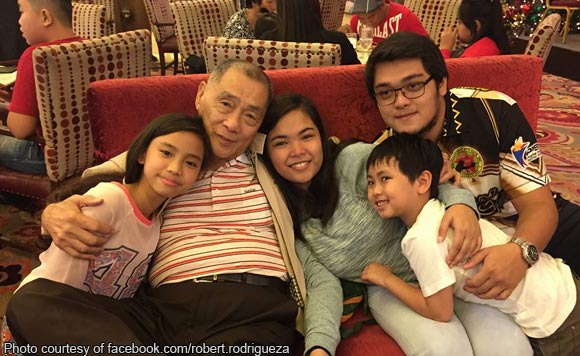 In a recent Facebook post, Sorsogon governor posted a childhood photo of him with former Gov Raul Lee while they were riding a horse, and another photo of the older Lee smiling with his grandchildren.

Filled with heart, cake and balloon emoticons, the younger Lee’s Facebook post described his dad as a “truly selfless and generous person.” The post now has more than 958 likes and more than a hundred “happy birthday” comments.

“Happy birthday Papa! Growing up, I saw [your] genuine compassion for your constituents. Risking your life during calamities and being generous without asking for anything in return,” he said.

The younger Lee said his father’s character inspired him to coin the slogan “Padabaon ta an Sorsogon” or Let’s love Sorsogon.

“You will always have my unwavering respect. I love you so much!” he added probably the governor’s simple way of boosting his father’s morale.

Last week, the Sandiganbanyan first division convicted the older Lee with four counts of graft over the fertilizer fund scam, according to news reports.