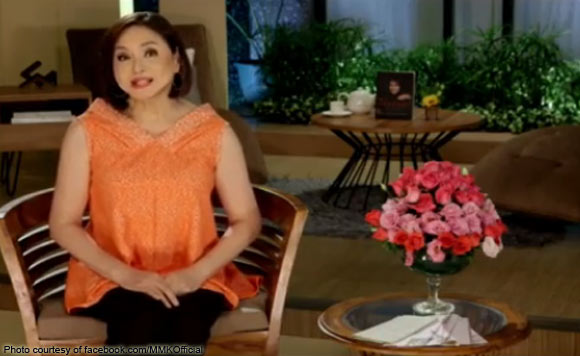 In a photo posted on her Facebook page, Fabic was all smiles as she posed in the middle of four other city hall employees. Behind them was the MMK backdrop with the screaming face of “Maam Charo,” the host and letter reader in ABS CBN’s MMK.

It’s not a fan’s day, though, but an outreach activity led by the Romblon local government unit, Romblon Medical Society, Association of Municipal Health Officer of the Philippines, Philippine Dental Association in partnership with MMK and the network’s Lingkod Kapamilya program.

Simple in her bluish black polo and pants, while holding a hat, Fabic gamely posed as she observed the ongoing ABSCBN Medical and Dental mission in Progreso Weste Odiongan, Romblon.

You make us smile Mayor Trina! And you make the other Romblonanos smile, too!