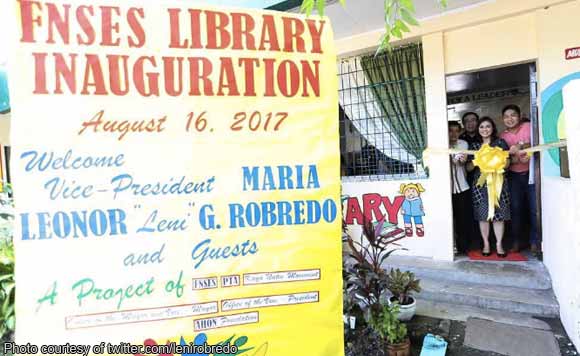 VP Leni Robredo is set to open several public libraries nationwide this August in honor of the late Jesse Robredo.

This month, we will open libraries all over the Philippines, she announced on her Twitter page.

“Jesse loved books. He used to read to Aika, Jillian and Tricia before going to sleep. I encouraged students to do the same,” she added.

“This is one way to commemorate (Jesse’s) life,” she said.

“We told students that books in their new library should not be treated as display, rather, they should be read and enjoyed.