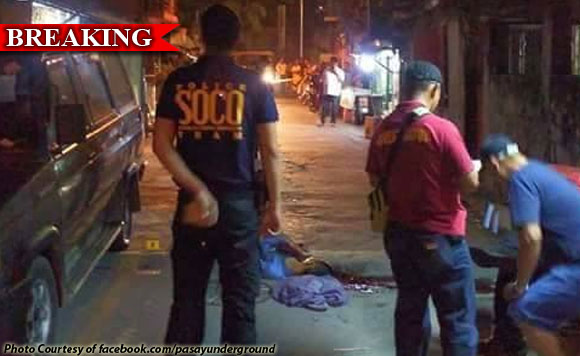 Albay Rep. Edcel Lagman is urging President Rodrigo Duterte to create an independent fact-finding commission to thoroughly and impartially investigate the escalating summary killings in his bloody war on drugs.

In a statement,Lagman said the commission should be composed of retired justices of the Supreme Court and the Court of Appeals with “proven probity.”

Lagman said he does not trust Justice Secretary Vitaliano Aguirre II (“a partisan ally of Duterte”) or the Philippine National Police (whose officers and personnel are involved) to carry out an impartial probe on the rising body count of extrajudicial killings or drug suspects killed because they fought back or “nanlaban” as the police termed it.

“The inquiry must not be left to politicians whose motives could be suspect despite their avowal of impartiality,” he said.

Lagman suggested that the commission:
1. Conduct an investigation on the causes, motives and rewards for the extrajudicial killings.

2. Find out the total number of victims of summary killings both by the police authorities and vigilante groups since the start of the anti-drug campaign in 2016.

3. Determine the collusion between the police authorities and vigilantes.

4. Inquire on how many of the victims belong to the poor, vulnerable and marginalized sectors.

5. Establish how many of the killings are subject to current investigations by the police authorities and other government agencies.

6. Recommend the prosecution of errant police officers and personnel and private parties.

7. Recommend viable policies and alternatives to solve the drug problem as poverty and health issues other than a mere police matter.

He said the EJKs were of “transcendental importance” which needed fact-finding bodies like the Agrava Commission, Feliciano Commission and Melo Commission formed under previous administrations that faced similar public protests.

The Agrava Commission was created by then President Ferdinand Marcos to investigate the assassination of Sen. Benigno Aguino on 21 August 1983 despite allegations that Marcos masterminded the assassination.