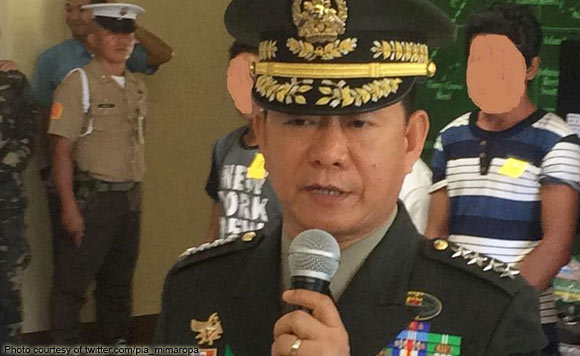 In an apparent bid to convince rebels to side with the government, Armed Forces of the Philippines Chief of Staff Eduardo Año told the rebels to surrender as rebellion is already out and irrelevant.

“Don’t wait for the time that you will be killed in encounters with government troops. The armed struggle will not do you anything good. For the next 50 to 100 years, the CPP and the NPA will never win…” Año told the Philippine News Agency.

Año was recently in Palawan to lead the change of command in the West. He also witnessed the surrender of 11 New People’s Army members who all received P15,000 in check from the Palawan local government for their “new life.”