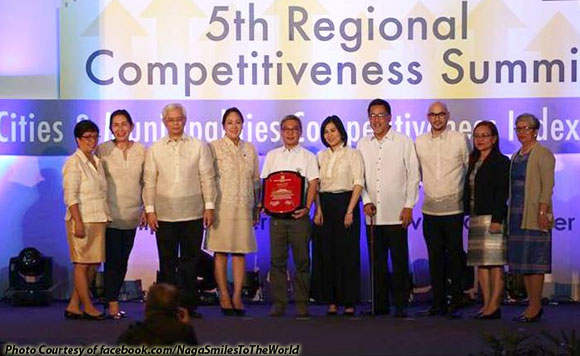 The award was based on the sum of their scores on pillars: economic dynamism, government efficiency and infrastructure.

Despite being no.2, though, Naga City says it has all the reason to smile.

“No other city in the Philippines has accomplished such a rare feat! Naga’s being hailed for 3 years in a row, as Overall 1st (2015), Overall 1st (2016) and Overall 2nd for this year 2017, is more than enough reason for every Nagueño to be really proud of!,” the city government said on its Facebook page.