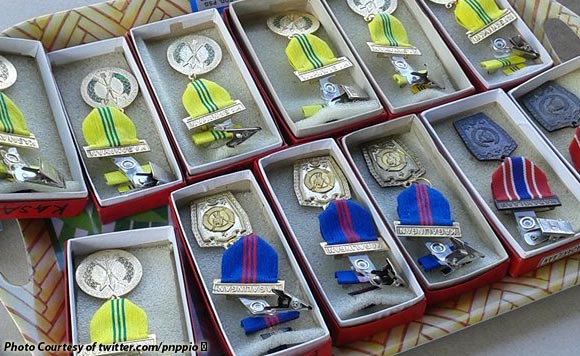 The Catanduanes Police awarded posthumous honors to two policemen who were ambushed by members of the New People’s Army while escorting drug surrenderers to a rehabilitation seminar in Virac, Catanduanes Thursday last week.

Torcelino and Tupue were killed while Viga town police chief Senior Inspector Marvin Torres, his four police officers and the three drug surrenderers were injured after members of the NPA attacked the group, reports said.

The Virac Police was supposed to bring the 10 drug surrenderers to a community-based rehabilitation facility which is around 62 km away from the crime scene.

The members of the NPA detonated an improvised explosive device along a highway in Virac prior to the ambush.

Gardiola condemned the act as a terrorist attack and ordered the immediate arrest of the suspects.

Also on Monday, the City Council of Catanduanes passed a resolution honoring the two officers who died in line of duty. #