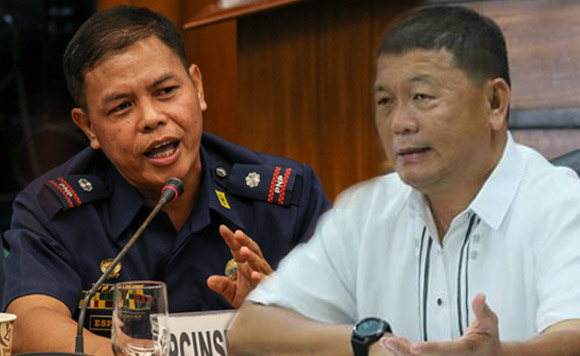 Demand for the leadership of Ozamiz City police director Chief Inspector Jovie Espenido has surged following the death of Ozamiz City Mayor Reynaldo Parojinog Sr., a politiko who has been tagged in the illegal drug trade.

Proof that Espenido has become the “most requested” cop in the country qis the clamor of residents from Catanduanes for him to choose the province for his next assignment.

Change Catanduanes, a Facebook page made by concerned residents of the province, believe Espenido will solve the illegal drugs menace in the province.

It’s no secret that the illegal drug trade has been flourishing in Catanduanes for years, with sources pointing to Governor Joseph Cua as the top trader and manufacturer of narcotics.

Cua was tagged anew in the illegal drug trade after authorities raided a large-scale shabu factory in Barangay Palta Small in Virac town in November 2016.

Following Parojinog’s death in a raid conducted by policemen on June 30, Philippine National Police chief Director General Ronald “Bato” Dela Rosa said he and other officials are assessing the areas where the illegal drug trade is rampant.

Before being assigned to Ozamiz City, Espenido headed the police force in Albuera, Leyte at the time that another alleged narcopolitiko, Rolando Espinosa Sr., was killed.

Following Parojinog’s death, Espenido warned other narcopolitikos to resign to extend their lives.