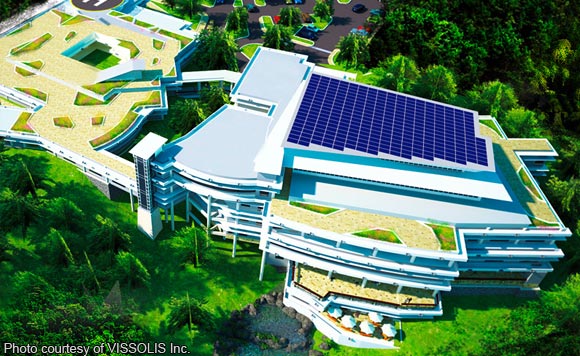 0 511
Share
Want more POLITIKO News? Get the latest newsfeed here. We publish dozens and dozens of politics-only news stories every hour. Click here to get to know more about your politiko - from trivial to crucial. it's our commitment to tell their stories. We follow your favorite POLITIKO like they are rockstars. If you are the politiko, always remember, your side is always our story. Read more. Find out more. Get the latest news here before it spreads on social media. Follow and bookmark this link. https://goo.gl/SvY8Kr

Vice Mayor Luis Marcaida is expecting to return as mayor of this city for the second time following information that the Ombudsman already has an order for beleaguered Mayor Lucilo Bayron to vacate his office.

In an interview with the Philippine News Agency (PNA) Monday evening, Marcaida said “concerned friends” in Manila have informed him that an order to vacate signed by anti-graft body chief Conchita Carpio-Morales is on its way to the Department of Interior and Local Government (DILG).

“Some friends who are concerned about us have said that there is already an order, and it might be served by the DILG before the weekend,” he said.

However, Marcaida clarified that he has not seen any hard or digital copy of the order from the Ombudsman.

“I have not seen any copy yet. But I was told by that there is already an order from the Ombudsman to the DILG. I am not taking over the position if there is no order that would tell me so. Contrary to claims, I’m not overly excited to become mayor, but I am ready to take on the responsibility anytime,” Marcaida stated.

The quandary in the leadership of the city government came after an 11-page ruling by Assistant Ombudsman Jennifer Jardin-Manalili on July 11 granted the motion for reconsideration of complainant Aldrin Madreo.

The anti-graft body accepted Madreo’s exposition that it no longer has dominion over Bayron’s case after he jilted his motion for reconsideration on the original dismissal order and raised a petition for review to the Court of Appeals (CA) sometime in February this year.

Bayron was ordered dismissed by the Ombudsman December last year after hiring his son, Karl Bayron, to be the project manager of the Bantay Puerto-VIP Security Task Force for a period of six months without stating their relationship.

As of current, Bayron remains to be the mayor of Puerto Princesa, according to City Information Officer Richard Ligad, who is also an avid supporter.

“Bayron remains to be the mayor of Puerto Princesa until now,” Ligad said in local interviews on Monday, adding that the beleaguered mayor still attended the flag ceremony.

Meanwhile, city councilors closely associated with Bayron last week acknowledged the possibility of working with Marcaida should an order come for him to take over as mayor.

Councilor Henry Gadiano said his office is willing to support whoever will become mayor of Puerto Princesa because his loyalty is not on the person but on the one given the authority to head the city.

“This is no longer new if ever as it already happened,” Gadiano said. Councilor Matthew Mendoza said too, that if there is an order, they cannot do anything but give support to whoever will hold the leadership.

“Basta naman may order, wala tayo magagawa dyan (As long as there is an order, we cannot do anything),” he stated, adding he is willing to support the new leadership especially if it comes up with good projects.

All projects, however, will have to pass the Sangguniang Panlungsod, and if they come irregularly, Mendoza said he will also be there to protect the welfare of the people of Puerto Princesa.

Councilors Roy Ventura and Modesto Rodriguez also showed willingness to support the new leadership as long as there is an order from the Ombudsman and the DILG. “Kung sakali man makabalik [Marcaida], confident ako temporary lang ‘yan, gaya ng dati. It will take some time, pero makakabalik din ulit si Mayor Bayron (If he [Marcaida] comes back, I am confident it will be temporary like before. It will take some time, but Mayor Bayron will return again),” Rodriguez said. (with reports from Catherine Santos/PNA)