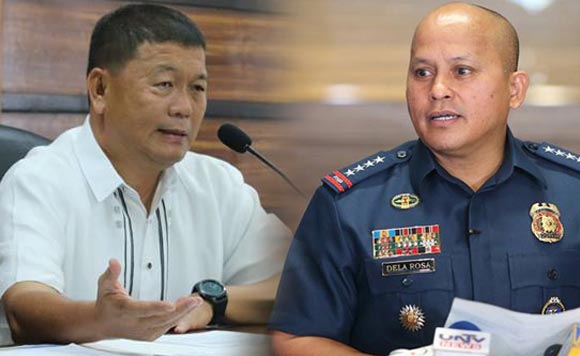 No less than Philippine National Police chief Director General Ronald “Bato” Dela Rosa has vowed to look into the allegation that Catanduanes governor Joseph Cua is involved in the illegal drug trade.

He made the assurance in a radio interview with broadcaster Erwin Tulfo on August 1.

The PNP chief revealed that there is at least one governor and a congressman in the so-called “narco list” given to President Rodrigo Duterte but did not elaborate.

Dangerous Drugs Board chairman Dionisio Santiago has confirmed Cua’s involvement in the narcotics trade in the Bicol region. He said the President is also likely aware of the governor’s illicit business.

In November 2016, death, the Philippine National Police raided a large-scale shabu laboratory in Barangay Palta Small, Virac, Catanduanes. Cua denied he was involved in the drug trade after his name was dragged into the discovery of the property.

But Catanduanes-based journalist Larry Que had discovered that Cua used his transportation business as a front for transporting the shabu manufactured in Catanduanes in and out of the province.

Que, however, never got to publish his expose since he was gunned down by unknown assailants last December.